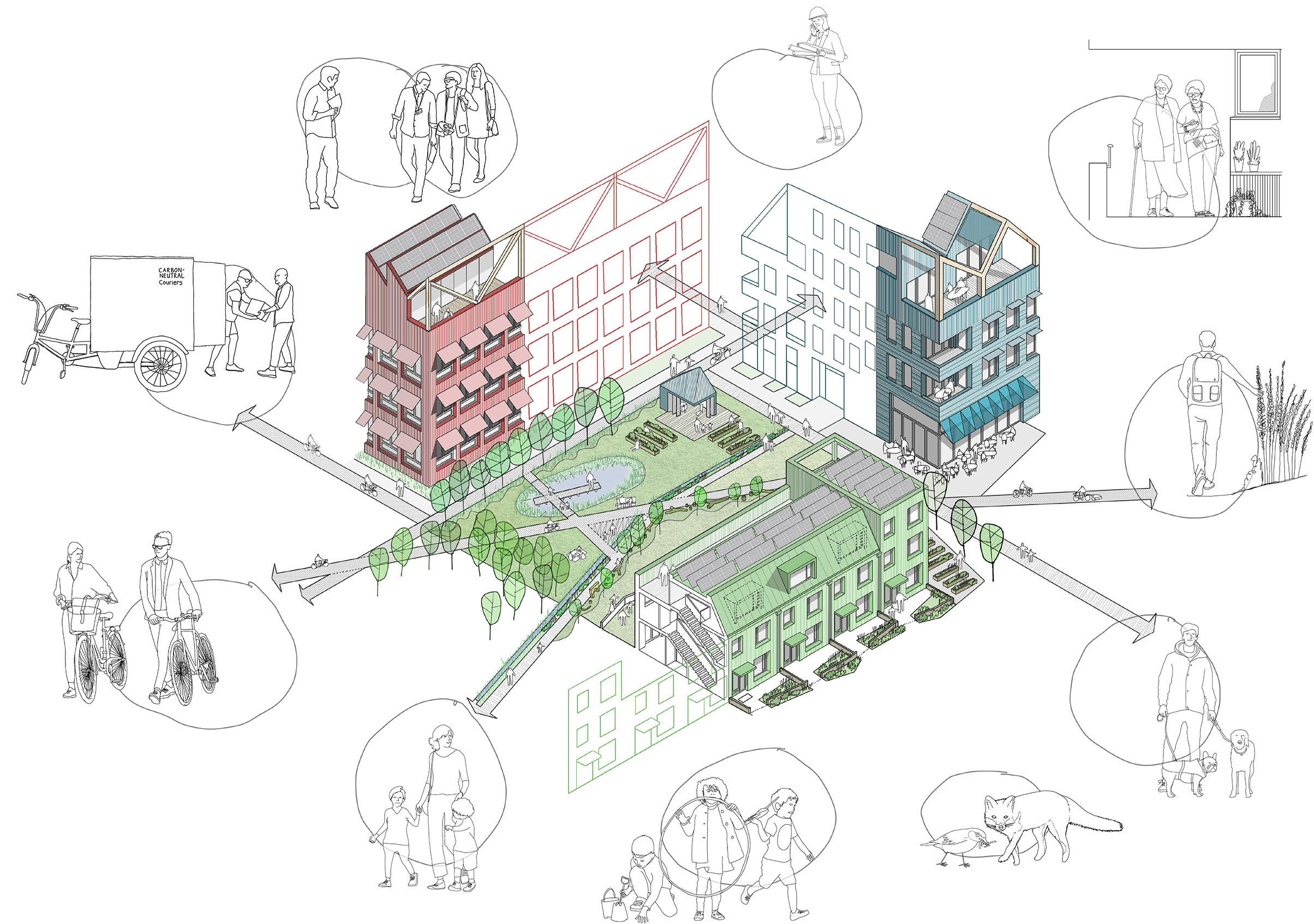 Harper Perry has been longlisted for the International Compeition to frame a future vision for a former Imperial Chemical Industries (ICI) Headquarters site at Heath Park, Runcorn, Cheshire. The RIBA competition named the eight second-stage teams in the contest to transform a 24ha business park in Runcorn into a ‘sustainable, multi-use and carbon-free’ environment. Harper Perry , are one of the eight teams longlisted to pitch to the panel having won the RIBA’s ideas competition for a flood-resilient development in Hull last year.

The ‘Vision of Future Living’ competition seeks a vision strategy the enormous Heath Business and Technical Park, which was constructed as a headquarters for (ICI) in the 1960s and is now home to around 120 companies.

The call for concepts was open to architects and is backed by landowner Site Operations Group (SOG). The site at Heath Park is divided into two phases. The first invites broad conceptual visions for how future workplaces, living spaces and external spaces could promote happiness and reduce poverty and loneliness.

SOG managing director John Lewis said: ‘We have had exceptional entries from around the world and our very experienced judges were immensely impressed at the high standard and quality of the many submissions we received’.

‘After a truly fascinating first round of judging, filled with lots of very detailed and interesting discussion, we have been able to narrow our longlist to eight candidates, who will now all go forward to be interviewed in Runcorn for the next phase of the process’.

‘From what we have seen so far, I think it’s going to be quite a challenge to select the three submissions for the final shortlist. This is a very exciting period for our Heath Park project and I would like to thank all those who have taken part in our RIBA competition.’