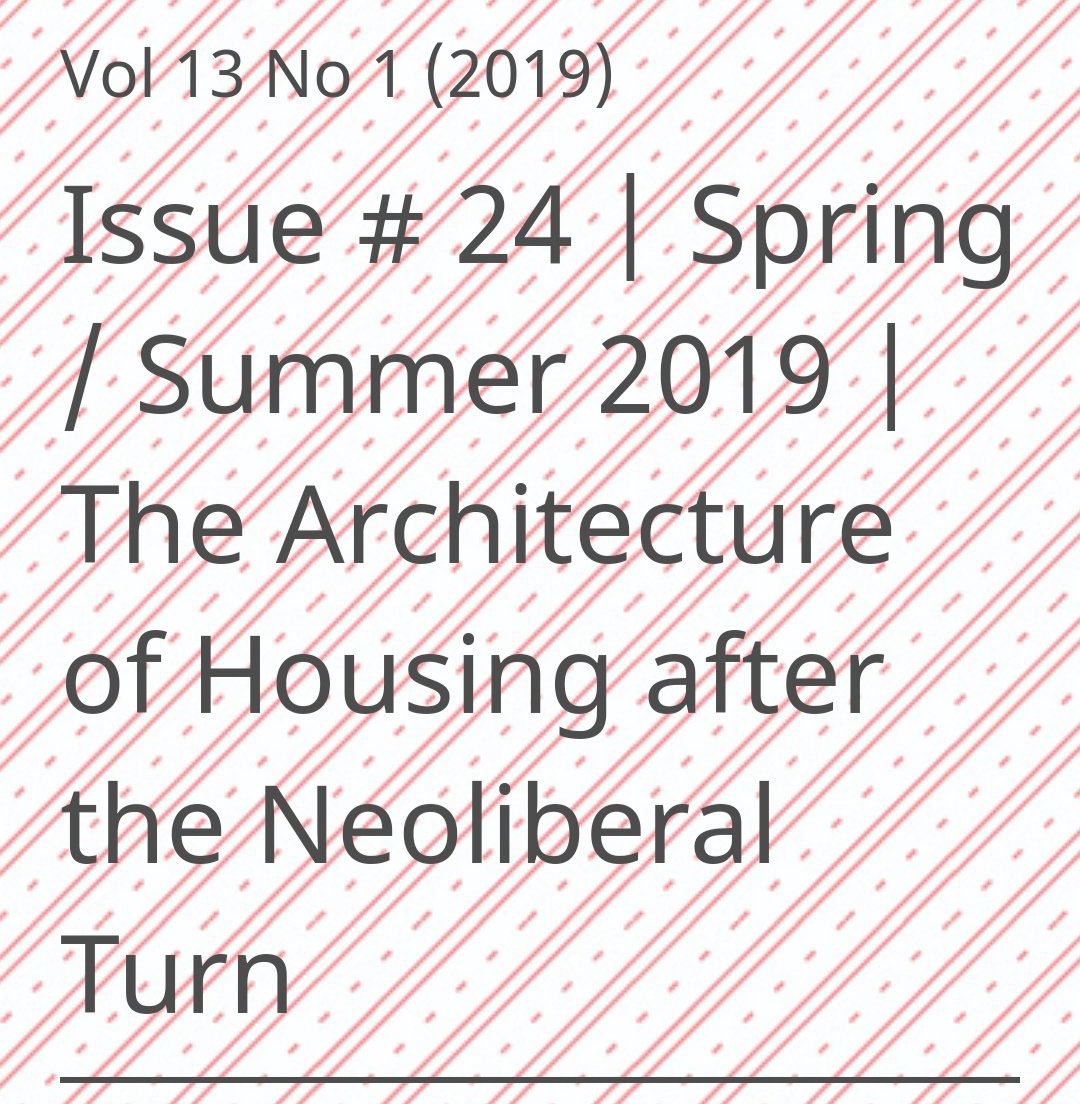 Claire has published this quarters issue of FOOTPRINT, Delft University Architecture Theory Journal on the subject Density: Objective Measure or Critical Tool of the Neoliberal Agenda in new housing?

You can read the journal free here on the FOOTPRINT website.

The publication follows Claire’s doctoral thesis on Compaction, Scale and Proximity. The thesis investigated the implications of density for the design of new urban housing; the way it is measured, and how it is used.  The research was developed out of a detailed study into the history of density as a measurement and device used in planning.  It also drew on a study of a number of housing schemes situated in the rapidly densifying area of Poplar, in East London.  The thesis highlighted some of the compromises that come about through a preoccupation with numeric densities and site capacities and proposed alternative ways of decribing density in terms of physical and social conditions.

The publication of the planning agenda Towards an Urban Renaissance in 1999 marked a turning point in the approach towards urban development in the UK and specifically towards urban density. Density was attributed with a range of physical, environmental and social implications, or at least potentialities. Most significant of these was the association of high urban densities with more sustainable, socially diverse, compact urban models – a positive affiliation that lead to the introduction of minimum density ratios for new urban developments and the gradual introduction of density ratios as a component of development briefs for new urban housing.

Elaborating a potted history of architects’ use and manipulation of density ratios, I argue that density has been a critical and effective instrument of the neoliberal agenda.  In its capacity to operate as both crude economic measure, and at the same time, qualitative descriptor of the urban experience, density has been a key device in rebranding urban living. In this article, I expound the role that architects have had in negotiating this duality, reviving an image of density that has been essential to its operation as a device for facilitating capital growth.