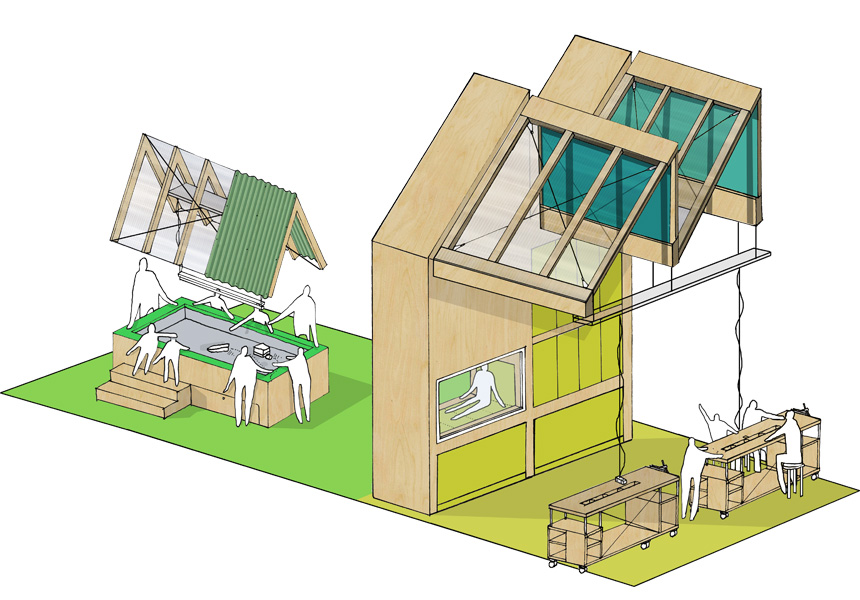 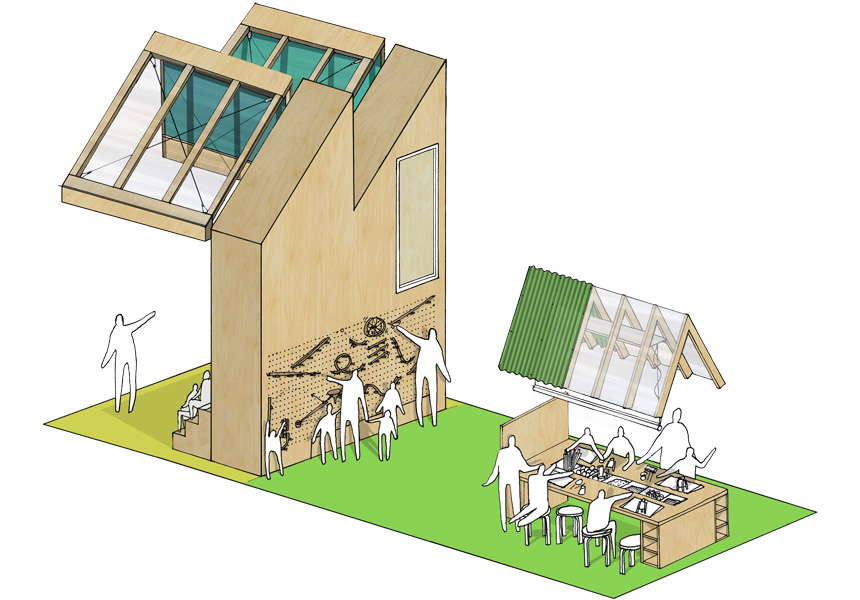 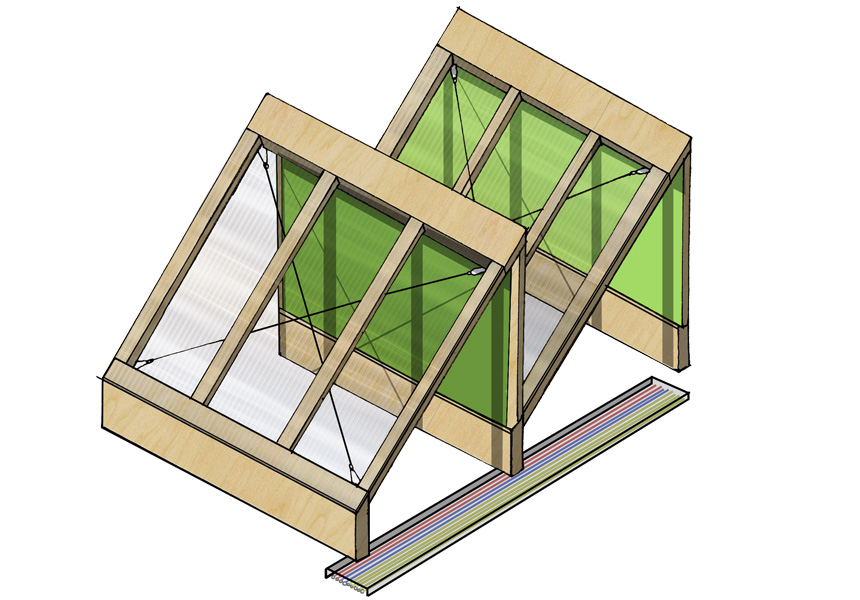 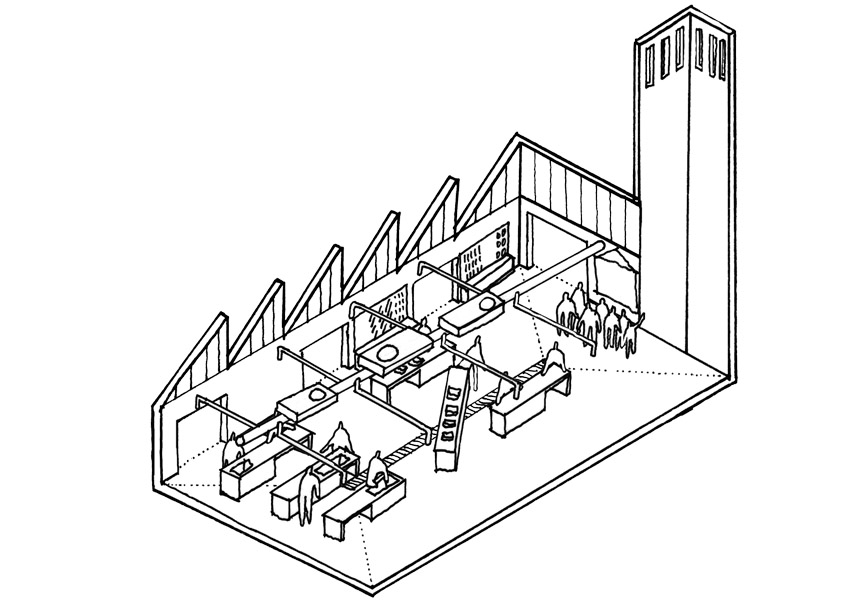 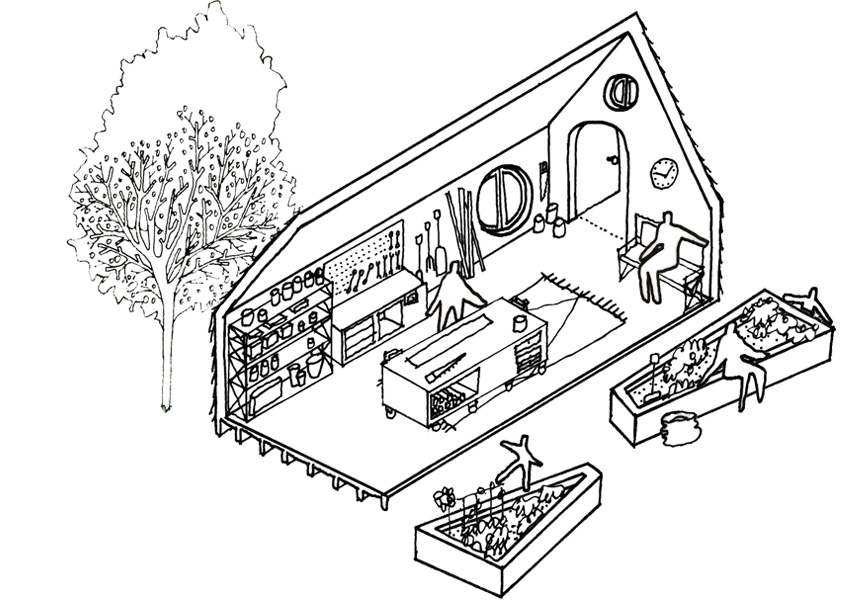 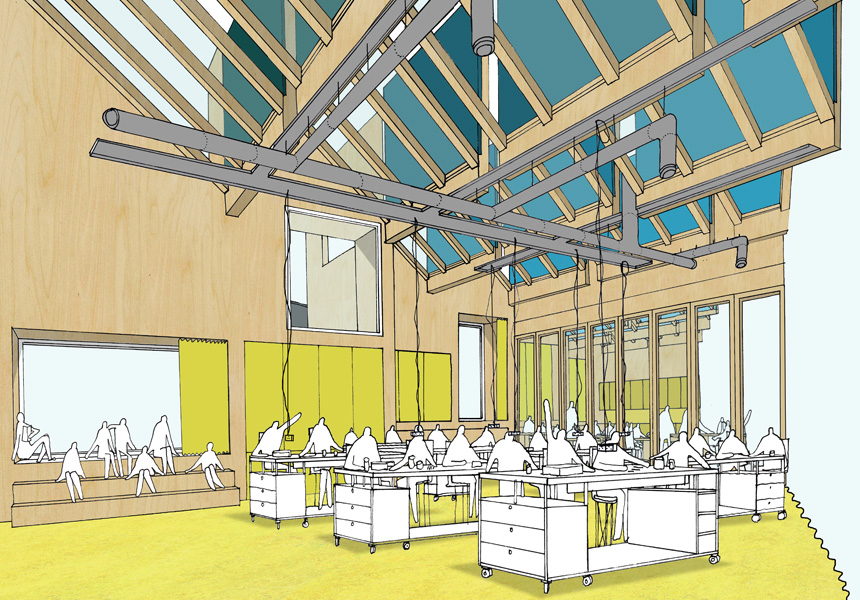 We have been selected by the Centre for Life to deliver ‘Creativity Studio’, a new space and exhibition in the science museum challenging children and adults to take on construction challenges, tinkering and creative problem solving through experiments in a range of medias from craft through to electronics.

The project will involve a series of new enclosed spaces with a continually developing programme for experimenting through making.  This will sit alongside permeant new installations commissioned by various creative designers across Europe and UK.

The project will be designed to encourage people of all ages to engage in the new feature of the science centre.  We have approached the approached the project as a ‘factory of ideas’, using industrial materials such as plywood and corrugated sheet materials.  Our apporach will focus on timber first approach with the aim to use glu-laminated timber frame to reflect the existing strucutre design by Farrell and Partners in 1998-2000.

In 2009 the science museum hosted the UK’s first Maker Faire, run as part of the Newcastle ScienceFest. Maker Faire UK returned to the Centre for Life in 2013, at which over 300 hackers, crafters, coders, DIYers and inventors presented their projects alongside installations and drop-in workshops. Maker Faire UK is now an annual event, taking place on the last weekend of April each year at Life Science Centre.  Creativity Studio and exhbition will form a new space to host events and workshop of the Maker Faire in the future.

The project is part of a major funding boost of £2.6 million for the Centre for Life from the Inspiring Science Fund, a partnership between the Department for Business, Energy & Industrial Strategy (BEIS) and Wellcome, one of the largest biomedical charities in the world.

Harper Perry are part of a team of consultants alongside engineers Skelly and Couch and Studio Horn who will provide specialist design on the new structures. The Project will go live on site in early 2019, opening later in Easter 2019.