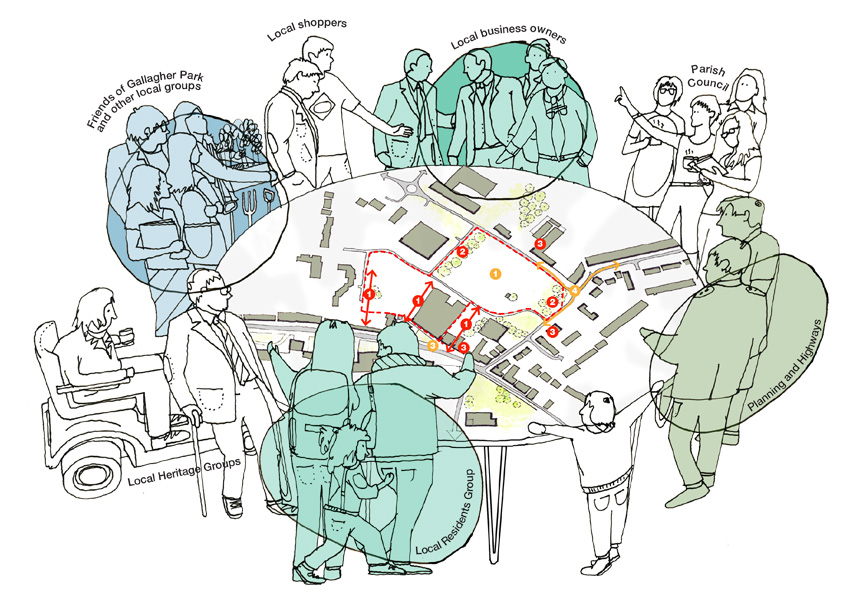 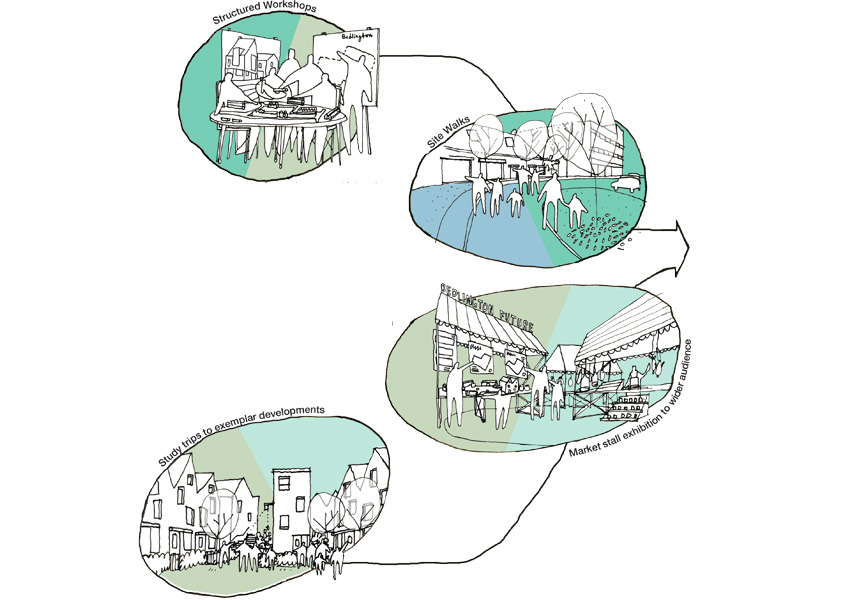 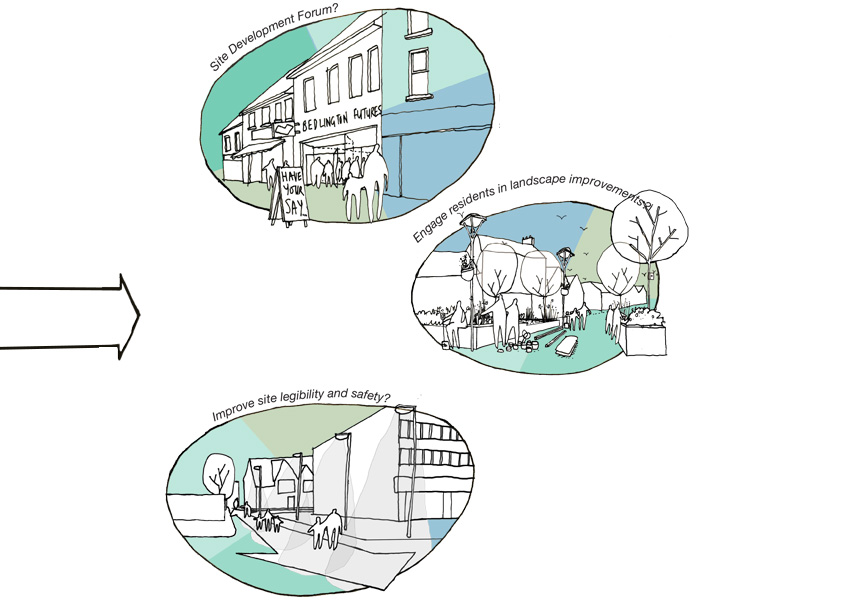 harperperry partnered with London masterplanning and housing specialists Studio Partington who have delievered some of the most successful urban extensions and new housing developments in past decade such as Derwenthorpe, York with the Joseph Rowntree Trust.

Our proposal focussed on setting out ways of working with different community groups who would be interested in, or affected by the development of this site, a large area near to Bedlington town centre.  The local community had already become engaged in discussion about the development of this site, and our proposal therefore focussed on ways of working with these groups, bringing these groups ‘to the table’.  Instead of design proposals, we proposed a series of structured workshops and meetings with all identified groups from the outset.  We also suggested some early changes that could be initiated locally, and would create quick, immediate and visible changes to the area as a distraction, and an antidote to the lengthy process of developing such a large site.